A2J Author is proud to announce the addition of six new end user avatars. We’ve also updated the way that end users are asked to pick their avatars. They are now shown all eight avatar options with five skin tone options and eight hair color options. As the end user makes their hair and skin tone selections, the eight avatars are updated in real time. 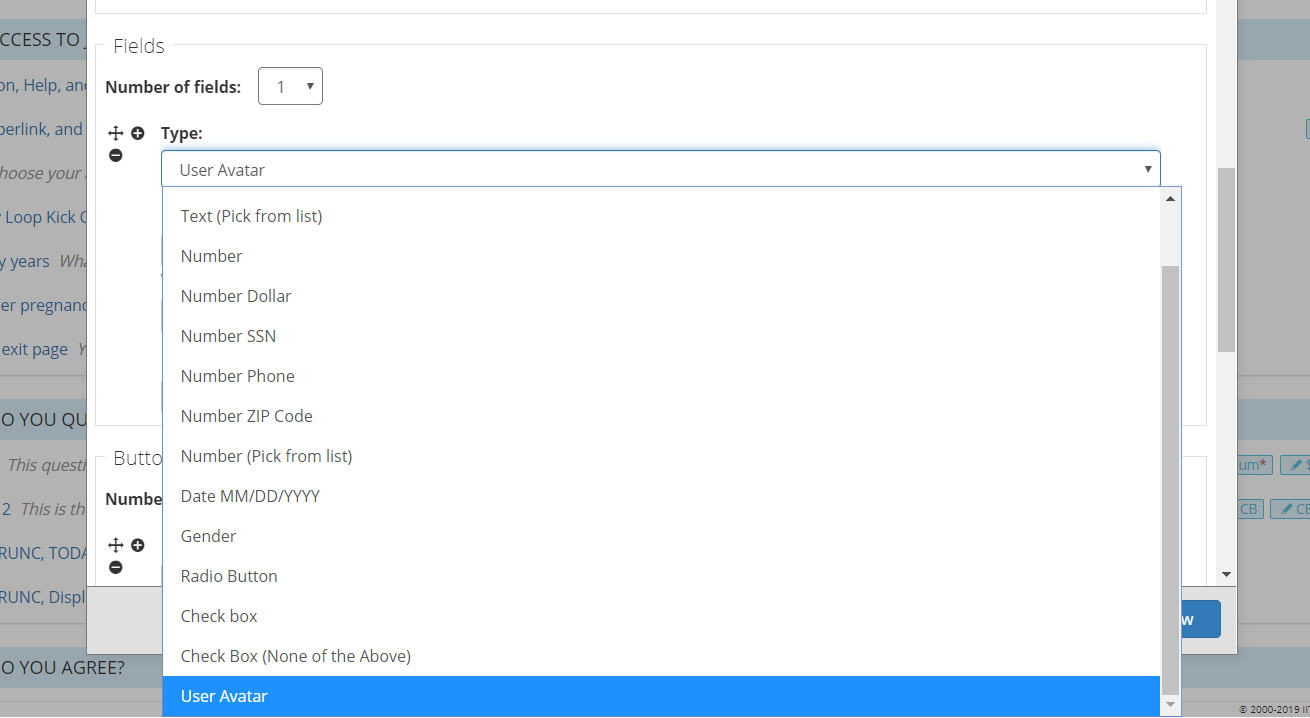 The new User Avatar field is not a required input. End users can skip the question and have no avatar displayed. If the end user runs the A2J Guided Interview on a mobile device, that User Avatar question is displayed as “User Avatar selection not supported in Mobile Viewer.” 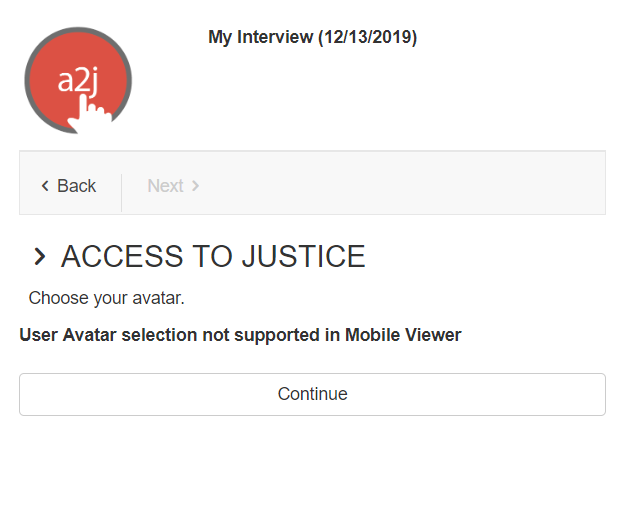 If you have any questions, feel free to reach out to A2J Author’s Project Manager, Jessica Frank, at Jessica@cali.org.

‹ Functions up Repeat Loops or Repeat Dialogs ›
Powered by Drupal